Assassin's Creed is an action adventure video game developed and published buy the famous franchise Ubisoft Entertainment It consist of several series and sequel.  This blog will describe you the story of Assassins Creed 1, the first instalment of this series. The game was launched for PlayStation 3 and Xbox 360 in November 2007 and was made available on Microsoft Windows in April 2008. Also the game can be played on Xbox One consoles via backward compatibility.  In this blog you will also find the specification required to play this game exclusively for PC gamer's 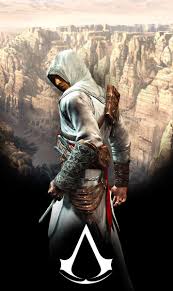 The story begins in the timeline of 2012, where some people from USA, New York kidnapped Desmond Miles who was a common bartender (one of the main protagonist of this game) and took away Desmond Miles to Abstergo Industries. Desmond Miles belong to South Dakota. Desmond Miles father William Miles also belongs to the Assassins hierarchy. After getting back his conscious Desmond finds himself with two scientist named Warren Vidic and Lucy Stillman. He finds himself within a device called Animus. Mr Vidic describes that Animus is a device that decode the DNA memories of ancestors and can be shown as well as analyse in reality using modern day technology. Mr Vidic further describes that using animus he would decode Desmond Miles Miles's ancestors memory. 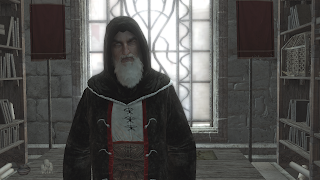 After the start of the device Animus the game shows the timeline of 12th century assassin Altair Ibn La Ahad who lives in the village of Masayf and got trained. Altair belongs to one of the ancestor of Desmond Miles. Altair was trained by his grand master Al Mulalim. Altair was given a mission of recovering an hidden artifact from the Solemon's temple. The mission was total failure for Altair, he broke out 3 rules of assassin's brotherhood and also unable to recover the hidden artifact from Robert De Sabie, But one of the member of assassin's brotherhood manage to gain the artifact. The name of the artifact is "Apple of Eden". As a result of Altair's Failure and moderation of assassins rule the grand master Al Mualim demoted Altair from his position and ordered Altair to kill 9 evil templars in order to get back his position and respect. Altair successfully killed 8 templars and before killing his 9th target which was Robert De Sabie and he came to know that his grand master Al Mualim has confronted him and his whole assassins brotherhood by the involvement of stealing the artifact and belonging a member of templars. After reaching to his village Masayaf he finds that everyone was against him, Altair somehow manages to reach Al Mualim , but Al Mualim tries to use to the power of "Apple of Eden"  but Altair was immune of this power and  assassinate him with his blade. Altair tries to destroy the "Apple Of Eden" but he gets all the locations of other "Apple of Eden"  before he destory the artifact. After coming out of Animus Mr Vidic told Desmond that Abstergo Industries is nothing but the modern day templars who wanted to rule all over the world and on the other hand the Assassins who believe more in liberty and freedom among every one and opposes slavery due to which the war between templars and assassin's still continues over a long period of time. He also told that he used Desmond's memories  to find the location of other "Apple of Eden". Mr Vidic tries to kill Desmond after his completion of finding the map,But Lucy helped Desmond by convincing Mr Vidic that they might need Desmond after that. At the end Desmond receive's a coded message in the colour of blood and here the game ends.
at July 11, 2019 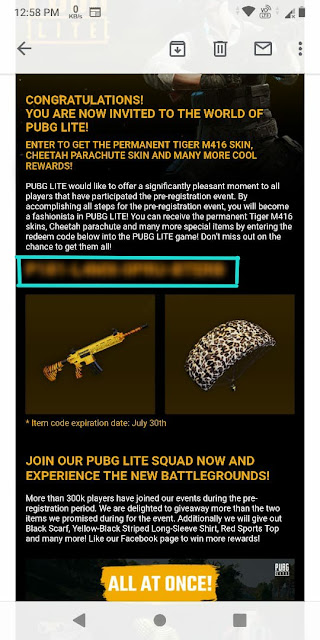